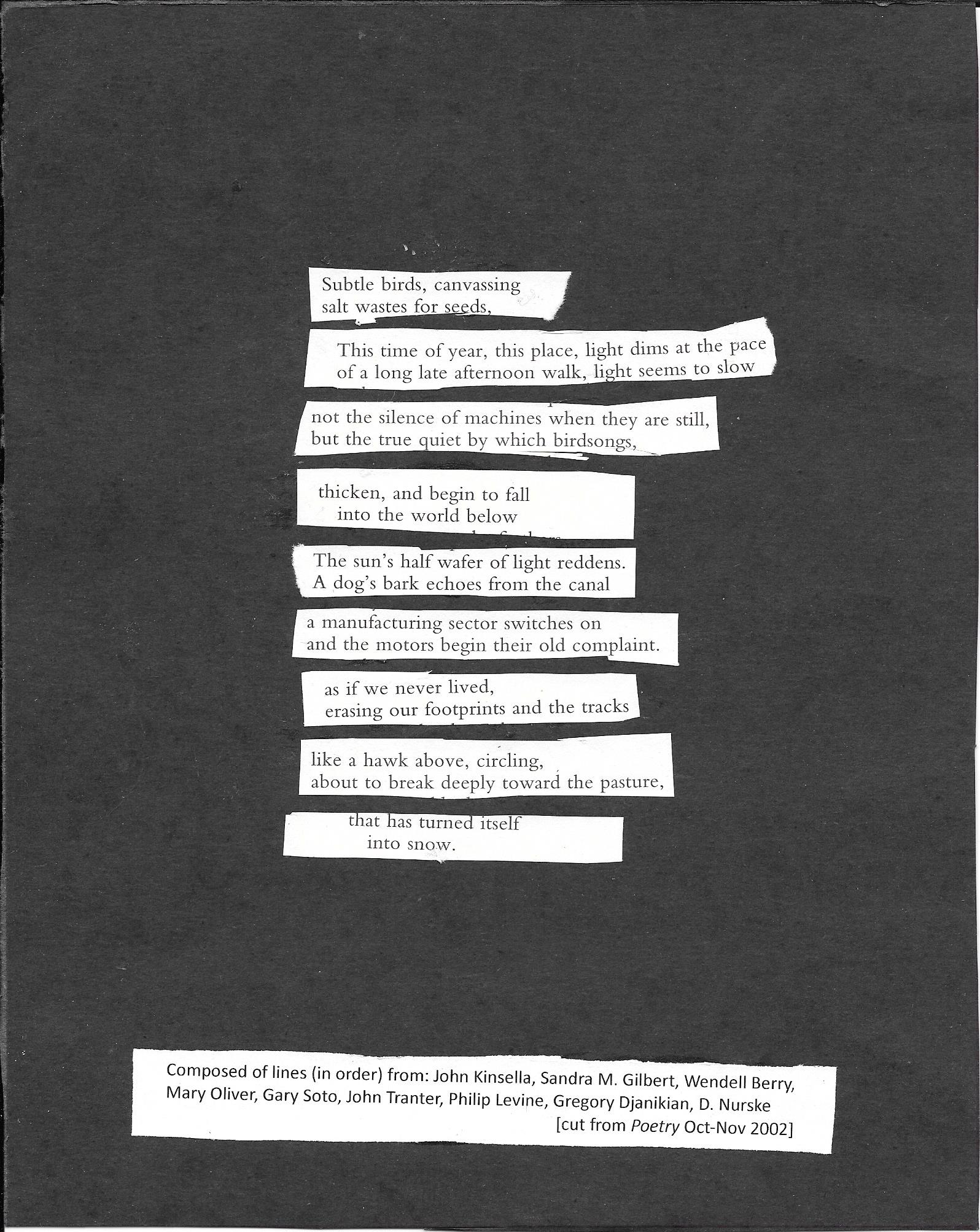 When I went down to Los Angeles in November last year to empty my storage unit (and do some poetry readings), I discovered that at some point (probably during the terrible rain storms that hit in earlier in 2017), water had leaked from the roof and damaged some of boxes of books I had stored.  In total, I lost around 30 books (out of 900) and 50% of a collection of sample issues from different literary journals (roughly 100 items ruined). While I wasn’t particularly attached to the literary journals (they were just representative samples I sometimes use in workshops), I did feel sad that they were all headed to the dump.  So I decided to try to find a way to salvage them — the reclaim a line or two from different poems and weave them together into something new. In the end, I choose to use couplets rather than single lines (so these aren’t centos exactly — although you might argue they’re 2-per-centos (gah, I can’t believe I just wrote that!).

I’ve made two today, this one is based on couplets drawn from a 2002 issue of Poetry.

The 90th Anniversary issue of Poetry had a surprisingly large number of poems which referred to birds, which certainly end up finding their way into this piece. I’m very happy with how this one came together — especially given how different the original poems where, not only in subject matter, but also in tone and form.

This site uses Akismet to reduce spam. Learn how your comment data is processed.